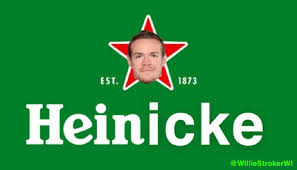 So Taylor Heinicke is now signed, sealed and delivered for $8.75 Million dollars over 2 years to the WooFT. Oh joy, the team has their starter. No they don’t. What they have is a scout team quarterback who won’t make nearly that much money over the 2 years because he’ll never get to the incentive clauses needed to trigger the money.

I’m sure he’s a nice guy and hard working but he checks a box on the team so they can move on to more important parts. Since going undrafted from mighty Old Dominion in Virginia, Heinicke has played a total of 9 games; thrown for under 500 yards total and has 2 TD’s and 3 interceptions. He’s all of 6-1 (hmmm) and 210 lbs (double hmmm) and doesn’t appear to have the arm strength or foot speed needed to survive as a starting QB in the NFL.

I hope Taylor survives 2022’s roster cuts because he earned it in some form or fashion. Any guy who worked this hard for 6 years pursuing a dream is someone I can cheer on for 2 years. Make some money, Taylor and sock it away. This could just propel you to an NFL pension level and then you can get on with life.

2 thoughts on “This Can’t be The One”